If you are looking for information on Baseball, you have come to the right place. Here at dugoutcentral.com, we’ll give you all the latest information on Major League Baseball, which teams are performing well, and which players are currently standing out.

This game is usually affectionately referred to as America’s pastime. Still, it is not only in the US where it’s popular. The game has a massive following around the world. It is very popular in Latin America and some Asian countries like South Korea, Japan, and China.

We strive to provide our readers with accurate and reliable information on all the Major League Baseball teams as well as teams from the world’s other top leagues.

Baseball is a complex game with a lot of moving parts. That’s why we have gathered all the information most fans want and put it all in one place.

What Is a Dugout?

When talking about Baseball, the word dugout refers to an area slightly below the level of the pitch. It’s also the place where the two opposing team’s players and coaches are during a game, also known as the bench. There are two benches, one for the home team and one for the away team.

It’s not clear why the dugouts are below the ground level. Still, the popular theory is that it enabled the fans seated behind the benches to observe the field better. Most of the action in a game happens on the home plate, so if the fans weren’t able to see it, it would cause problems.

At some stadiums, the ‘dugout’ is on the ground level. There can be various reasons for this, but it’s usually because these stadiums get used for a variety of sports. In the case of these multi-purpose stadiums, the seating area is raised to allow fans to see the playing field clearly.

Before you keep reading we want to highlight some of our top-rated guides where you will be able to add to your knowledge about the game. Here is a list of our most read guides:

Who Are the Best Players Currently Playing Professionally?

Baseball is a team sport. We all know that. Nevertheless, individual players often make a difference in any game. Remember that every single pitch is like a battle within a battle between batter and pitcher.

Take into account that there are usually 200+ pitches in a single game. That is why putting the right individual in at the right time can make a world of difference.

We base our rankings on the official MLB Network’s statistical and scouting analysis. Without further ado, here are our top four picks for the best baseball players in the MLB right now.

These Are All the Teams Currently Competing in Major League Baseball.

In Canada and the USA, there are two professional MLB leagues. The National League or NL, and the American League or AL. Each league has three different divisions, namely: Central, West, and East.

Here are the current top-ranked teams from the AL and NL. Keep in mind that the season is ongoing.

That is our current list of the best teams playing in both the American and National Leagues in the MLB.

How Do the MLB Playoffs Work?

Understanding the MLB playoffs or postseason, as it’s sometimes referred to, can be daunting for new fans. We’ll explain it to you as simply as possible.

Major League Baseball is divided into two leagues, with three divisions each. In each league, the three division winners advance. The two teams with the best record behind the top three also progress, and they are known as wild cards.

The two ‘wild card’ teams from each league play a one-game playoff. The team that wins the playoff advances to play the top division winner in the league in a best-of-five series. The other two division winners also play each other in a best of 5.

Where does the word dugout come from?

A dugout is a part of a baseball field where the players sit on “the bench”. This area is often sunken down into the pit for many unknown reasons. Mostly to improve vision from the audience sitting behind.

Currently the Los Angeles Dodgers is holding the rank one place for the best team in 2020.

Who is the best baseball player in the MLB right now?

Mike Trout as expected is staying in the number one spot defending his title as the best player for 2020.

We Partner Up With Great.com to Do Good!

Great.com has started the initiative “iGaming for future” with the goal of Uniting the Gambling Industry to do Good. We want to help! We have partnered up with them to...

Major League Baseball announced the MLB4 tournament, which featured some of the best players at the collegiate level. The tournament was held at Salt River Fields at Talking Stick, the...

In baseball, a money line is a common bet you can make. This is different from the point spread that is common in basketball and football. Furthermore, you can opt...

What did baseball legend babe ruth keep on his head under his baseball cap?

Who is Babe Ruth? George Herman Ruth ''Babe Ruth'' was an American baseball player. Fully bilingual, German was Babe's second language. He went to a catholic school where he learned... 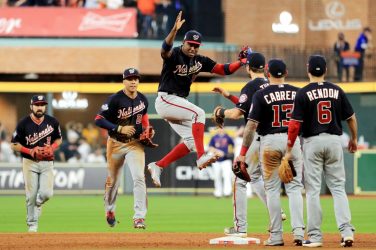 The one-game playoff – What is it?

In sport, the one-game playoff is a knockout game, also called a tie-breaker or pennant playoff. It's used to decide which team will go through to the next stage in...