The sport can be traced back to the 19th century in the United States. Over the years, it has become increasingly popular and is America’s favorite national pastime. It’s a bat and ball game played on a field by two teams.

How long is a baseball game, one may ask?

The length in time is not set; however, on average they take around three hours to complete. Innings are the general measurement and a game lasts 9 innings. If teams are tied after 9 innings, they will have to play extra ones to determine the winner.

To bring insight into the question of, how long are baseball games? The Major League Baseball (MLB) is an organization, it’s one of the oldest surviving organizations in the United States. They determine the rules and organize the games.

The officials of the MLB don’t want to waste any of the audience’s time and work endlessly to ensure that they will not get bored. They make sure that the pitchers and the batsmen don’t delay. The main aim is to keep the games under 3 hours, even if fans don’t mind as much.

The American League was originally formed by 8 teams; there are 14 divisions in three franchises. They include some recognizable names such as the Boston Red Sox, the New York Yankees, and the Chicago White Sox. Players in The American League are allowed to replace the pitcher’s spot with a designated hitter.

To further dissect the question on ”how long does a baseball game last, it is important to know that several initiatives have been set up by the MLB constitution to shorten the length of each game. The games are quite long, it’s very important for spectators to prepare their days accordingly.

Lengths and Differences of Other Baseball Games

In the minor league, they also last approximately 3 hours with 9-innings; the instant replay system available is not the same as the MLB because minor league games do not have the same amount cameras in the stadiums. This slightly reduces the length of the game.

In College, they have 7 and 9 innings. The number of innings on a particular day will have an impact on the length of the game. In 2018 the average college match lasted 2 hours and 59 minutes. In High School level, they last on average between 1,5 hours and 2 hours.

Preparing Yourself For a Baseball Game 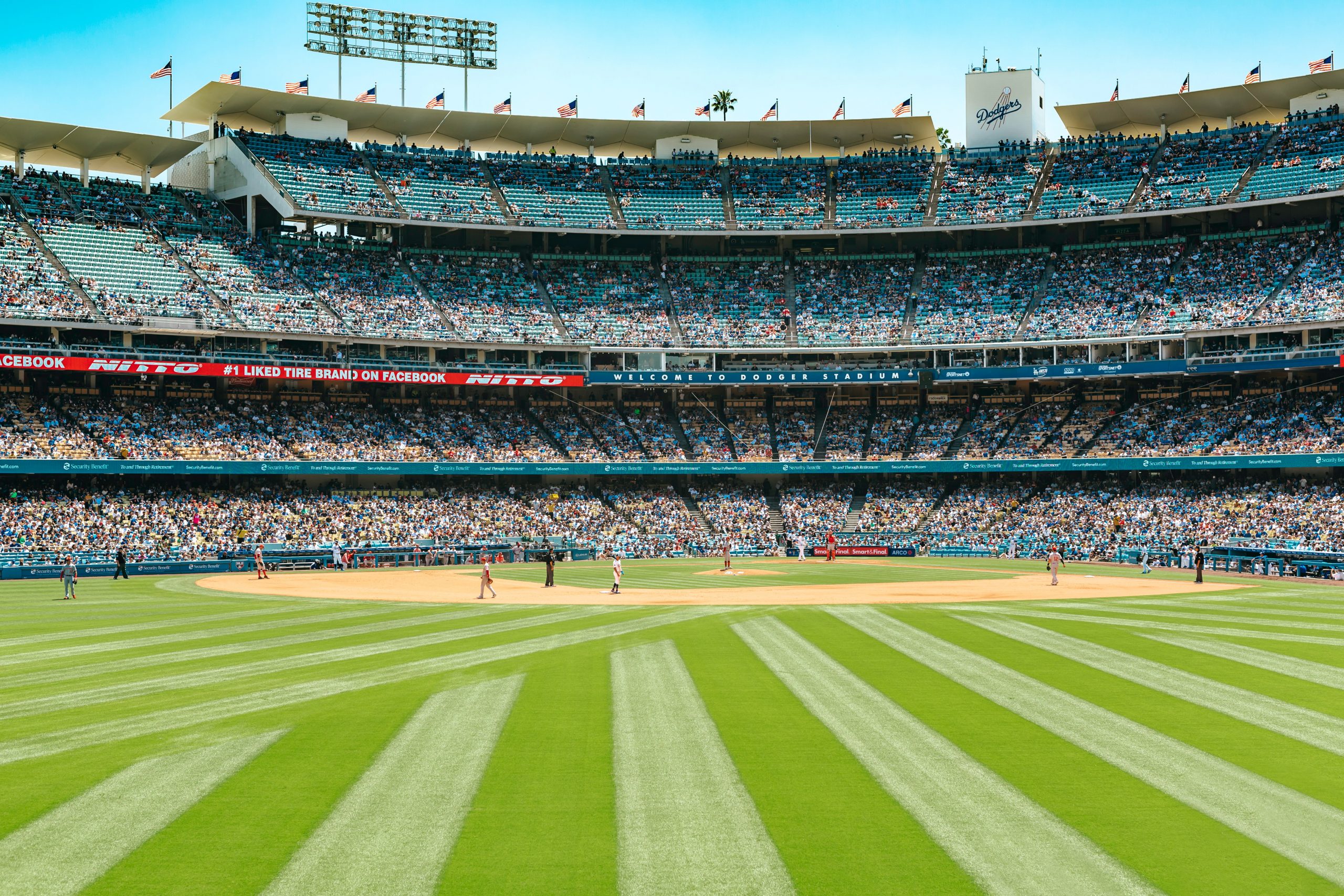 There are several ways to prepare when you attend a full stadium. The first step is to make sure that you comply with all the security protocols at the stadium. Use a clear stadium bag to store your items to make it easier to pass through security.

The games are long and will most likely be in the open air; it’s vital to carry sun protection for your skin. Pack a light sweater or anorak in case the weather changes. It is also a tradition to have a glove on you when you attend a game, so don’t forget to bring one.

Security is very tight at MLB events. The protocol for items that are prohibited at stadiums vary but the main items to avoid are noisemakers (horns), animals which are not documented as services dogs, aerosol cans, baseball bats, drones, cameras with long lenses, matches inflatables, and more.

It is always a good idea to call the stadiums beforehand to find out which items will pose and threats or be an issue to their security. Major League Baseball is always reviewing it’s security protocols to ensure the safety of those in attendance.

When attending a stadium it is also essential to consider being flexible with your time because games may most likely exceed 3 hours. That way you won’t regret engagements you may have scheduled, which could lead to some disappointment.

It is always key to arrive at the stadium super early to avoid long queues. Long queues may at times be chaotic which could be quite daunting, especially if it is your first time attending. You can purchase tickets directly at the stadium but it is always best to buy them in advance in order to get the best seats.

Watching them live in the open air can be quite an enjoyable experience. The thrill of the game gets your adrenaline pumping and if you’re a die-hard fan you’ll appreciate each and every moment. Supporting your favorite team will enable you to enjoy it to its fullest.

If going to the stadium is not really your idea of a good time or you simply cannot make it to the ballpark. You can organize a viewing party with a couple of friends and family members. Throw in some good food, drinks, and unique decor to have a swell time.

How long is the longest game of baseball?

The longest recorded match in history was played between the Red Sox and the Red Wings and lastest 8 hours and 25 minutes.

How long is an average high school baseball game?

Statistics say that an average high school game is around 1,5h – 2h.

Can a baseball game go on forever?

No, they can’t. However, one of the longest game ever recorded was placed in 1920 and kept on until the 26th inning and ended up in a draw.