Who is Babe Ruth?

George Herman Ruth ”Babe Ruth” was an American baseball player. Fully bilingual, German was Babe’s second language. He went to a catholic school where he learned the skill of tailoring and was quite renowned for his shirt making skills.

After school, he kicked off his career. He lived a fast life with movie stars when he was in the prime of his career.

How Babe Ruth became a legend:

Till today, he remains a legend in the game. He is still recognized as a flawless player after he hit 60 home runs in a season.

He was one of the most popular athletes thus this boosted his legacy. He had his own merchandise called Babe Ruth headwear. He changed the history of baseball ending his career with 714 home runs.

What Babe Ruth wore under his baseball cap

He taught his team members a trick that would help them stay cool during the hottest summer season. He had a secret to regulating his body temperature. Before every match, he would peel the leaves off cabbage and spread them over ice until sufficiently cooled.

He would then put chilled leaves under his helmet and so his teammates called it the Babe Ruth helmet.

Having dominated the majors in home runs, he pitched in 163 games with a record of 94-46. It was stated that he is the greatest player in the history of the game as he glamorized the sport with each record he set.

He simply made the game lively, especially for the radio fan’s experience. He was the person to popularize the home run giving him the nickname “Sultan of Swat”. 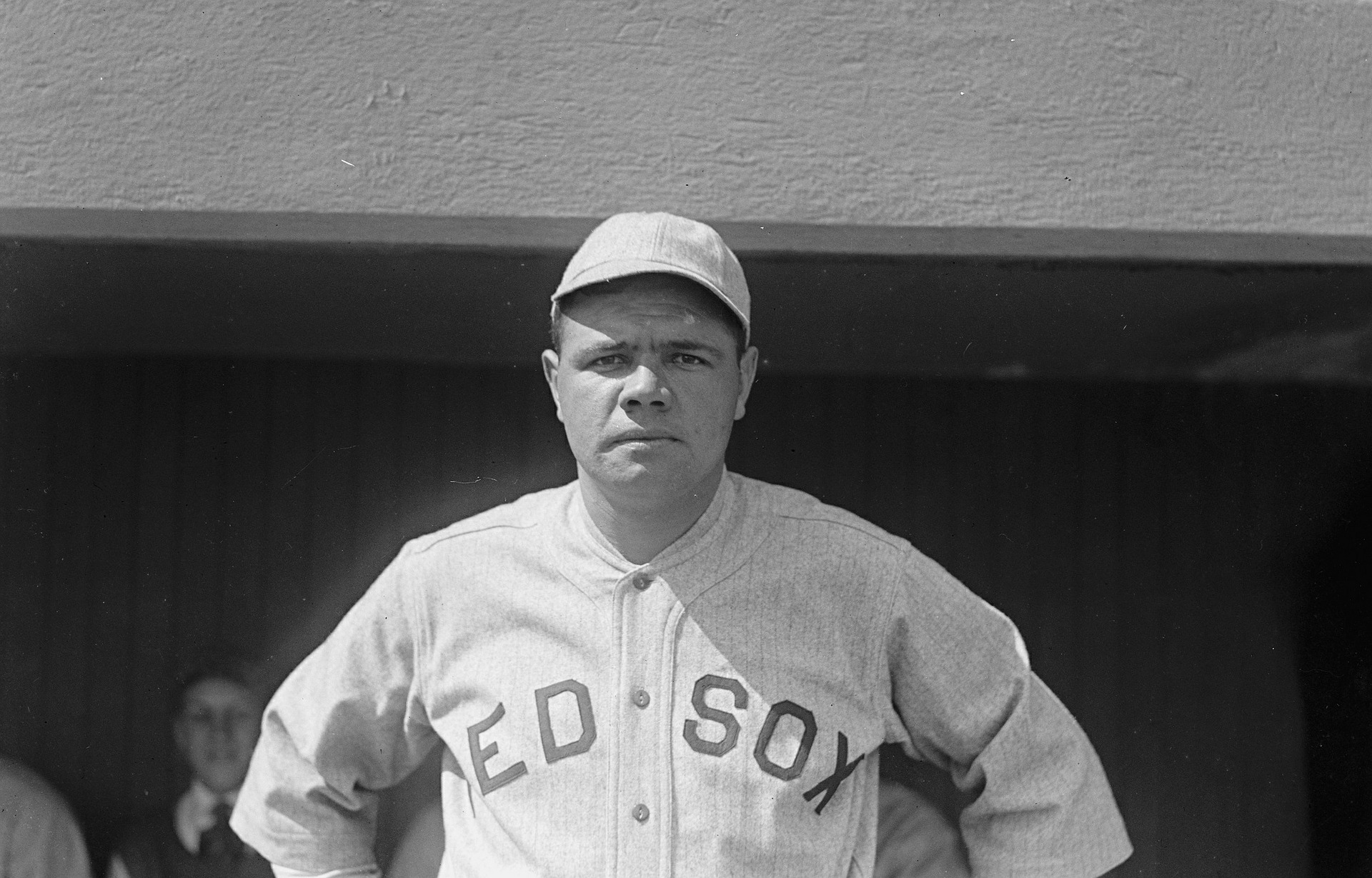 At school, he was comfortable playing a variety of positions such as infield, outfield and catcher for his team at the St. Mary’s Industrial School.

He was signed to a minor league club where he showcased his strengths as a pitcher and thereafter he was signed to the Boston Red Sox. He then moved to New York Yankees winning four World Series after joining.

In his career, he decided to join the New York National Guard. As usual, a big crowd gathered in Times Square to witness his swearing-in by Colonel James Austin and was captured in a photo giving his best salute to General Joseph Pershing.

Sadly, his enlistment into the 104th Field Artillery Regiment was purely symbolic as he never served during the three year period as a national guard.

Ruth’s career with the Yankees

After joining the Yankees, he began dominating the game recording higher scores than anyone had ever seen. He had re-written record books with his hitting prowess whilst combining that with powerful average high bats. He was the first professional player to receive such fame and popularity.

Through him, the Yankees became the most dominant and formidable team.

When the Yankees moved to a new stadium they dubbed it “The House that Ruth Built”. Prior to Babe joining the Yankees, the team had never before won a title of any kind. He ignited the greatest dynasty in American Sports and helped the Yankees capture four World Series titles and seven pennants. He retired from the Yankees at the age of 40.

How did Babe Ruth die?

He died from Cancer in New York City.

What was Babe Ruth’s net worth when he died?

When did Babe Ruth die?